Life is funny, sometimes with a bit of a twisted sense of humor.

But, seriously… the journey we are all on is truly remarkable when you sit and break it down.

A little over four years ago I picked up a copy of David Brooks, A Road to Character while I was at O’Hare waiting to fly down to Florida for meetings. Those meetings are a story for another time, but let’s just say the timing was perfect.

In the book, Brooks challenges us to rebalance the scales between our “resume virtues”- achieving wealth, fame, and status- and our “eulogy virtues,” those that exist at the core of our being: kindness, honesty, integrity, bravery, faithfulness, resiliency, vulnerability, focusing on what kind of relationships we have formed.

That balance is a significant part of the work I do with my executive coaching clients.

As we move through our career and for many of us, raise a family we begin to realize that life is about relationships, people, and significance.

It takes a little longer for some to fully understand the significant difference between those two types of virtues, but the earlier in life we do the more chance we have of leaving a legacy that will continue to impact others years after we are gone.

When the COVID-19 pandemic started there were three things I believed to be true:

Rich Panino, Founder, President, and CEO of Integrated Project Management was my guest on this week’s podcast and he had an amazing story that began with his parents. Both parents were from Italy and they did the best they could do.

Rich is one of those leaders whose organization’s laser focus on quality and value-based culture and their client’s trust and confidence has resulted in IPM having record financials in this difficult environment.

In the podcast, we talk about Rich’s 100th-anniversary vision and I asked him where that came from as he most likely won’t be around to see it… though with the type of shape he is in and how well he takes care of himself, one cannot be too sure!

Rich says that his father told him something at an early age “that the true test of greatness is that it lasts.” Whether it be a building or your reputation.

In 1988, after a great 15-year run, Rich left Johnson & Johnson to launch IPM and as he says it, he “I wasn’t running away from corporate America, I was running toward a dream.” A dream of creating a values-based company comprised of high-integrity top performers.

And did he ever!

Reflecting the culture of integrity that Rich instills, IPM has been recognized over the years with multiple awards, including one of Forbes’ 25 Best Small Companies in America, and multiple years as one of the Best Small and Medium Workplaces by Great Place to Work Institute and Fortune magazine. Most recently, IPM was the recipient of the prestigious 2018 Malcolm Baldrige Quality Award Excellence, the highest level of national recognition for performance excellence that a U.S. organization can receive.

How does he do it?

Here are some takeaways from our conversation on The Athletics of Business podcast which you can listen to here:

This past weekend the college basketball world lost a great man as former New Mexico State and University of Illinois Head Coach Lou Henson passed away. He was 88 years old. 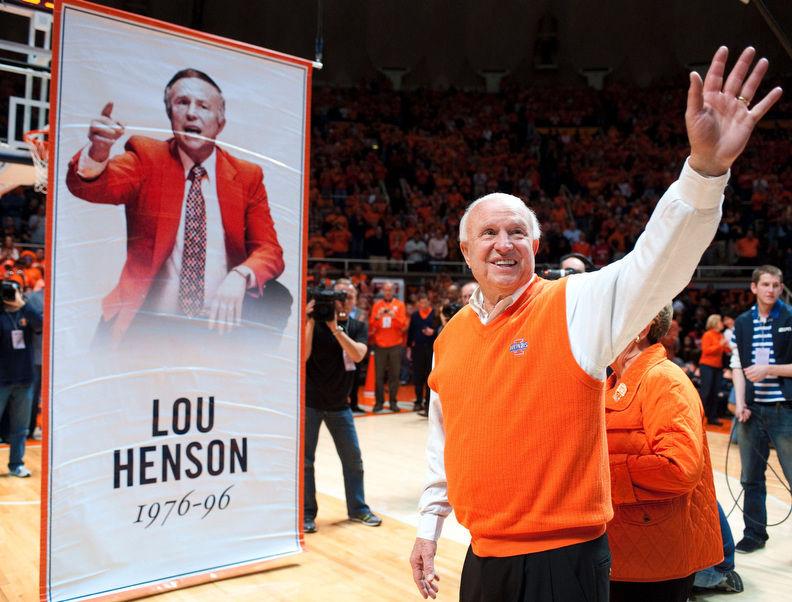 Sure, I met Coach over the years, but I did not really know him. I knew he had some incredible teams who were fun to watch and won a whole lot of games.

But as life would have it, I have been blessed to develop a close friendship with one of the best players to ever suit up for Coach Henson, Deon Thomas. Deon was a great player, and I mean great. But he is an even better man.

But when Deon talks about Coach, he doesn’t talk about the sets he ran to get him points, or the fact that Coach has the most wins in Illinois men’s basketball history, or that he went to two Final Fours.

Instead, he talks about how Coach impacted his life and helped shape him to be the man, father, and husband he is today.

Deon grew up on the west side and south side of Chicago in neighborhoods where just surviving the day was an accomplishment. He was one of the most sought-after recruits in the country and you would think when he got to college it was going to be a huge sigh of relief.

Instead, he found himself in the middle of an ugly recruiting scandal when all he wanted to do was go to school, play basketball, and get his degree.

Deon sat out his first year and he talks about how Coach gave him space, allowed him to feel what he wanted to feel….to be angry, to be sad.

Like many great leaders, Coach was having an impact on Deon before he even knew it.

“He was there to teach you, not to chastise you,” Deon added how he met Coach when he was 17 years old and didn’t always understand all the nuggets he was dropping.

One of his favorites, “Every day, do something you don’t like doing because it will build intestinal fortitude.”

Later in life when Deon went into coaching, Coach told him, “make sure your players are tough, willing to work. You can teach them everything else.”

And here is what many people do not know about Lou Henson, he was a pioneer in racial integration. As a condition of accepting the head coaching job at Hardin-Simmons in Abilene, Texas in 1962, Henson insisted the team add Black players and that they desegregate the dorm.

Coach’s impact on Deon shows up every day in all the great work he does and the relationships he builds as Associate Athletics Director of Development at the University of Illinois. Also, he serves as a Basketball Analyst for the Big Ten Network and the Basketball Radio Analyst for Illini Men’s Basketball games.

The ones who leave a significant legacy are those who spend a lot of time in reflection and self-examination. That is much different than living in the past and resting on your laurels.

True reflection and self-examination is when you can be honest with yourself and see where you might be able to do better while at the same time recognizing the areas of your leadership where you are having a significant impact.

We have to ask ourselves the tough questions and today I want you to ask yourself this:

Something Rich said to me in the podcast that stuck with me is this, “get next to your people.” In other words, take the journey with them, invest in them, really get to know them, and always remember that you are impacting more than just them… you are impacting their family, friends, your customers, and their peers.

Throughout his professional career the words coaching and leadership have been synonymous with the positions Ed has held.

His leadership skills, traits and behaviors are the reasons he has realized such great success as a college basketball coach, Chicago mortgage broker, motivational speaker who talked about the invaluable life lessons provided in competitive athletics and as VP of Operations for a successful recruiting firm.